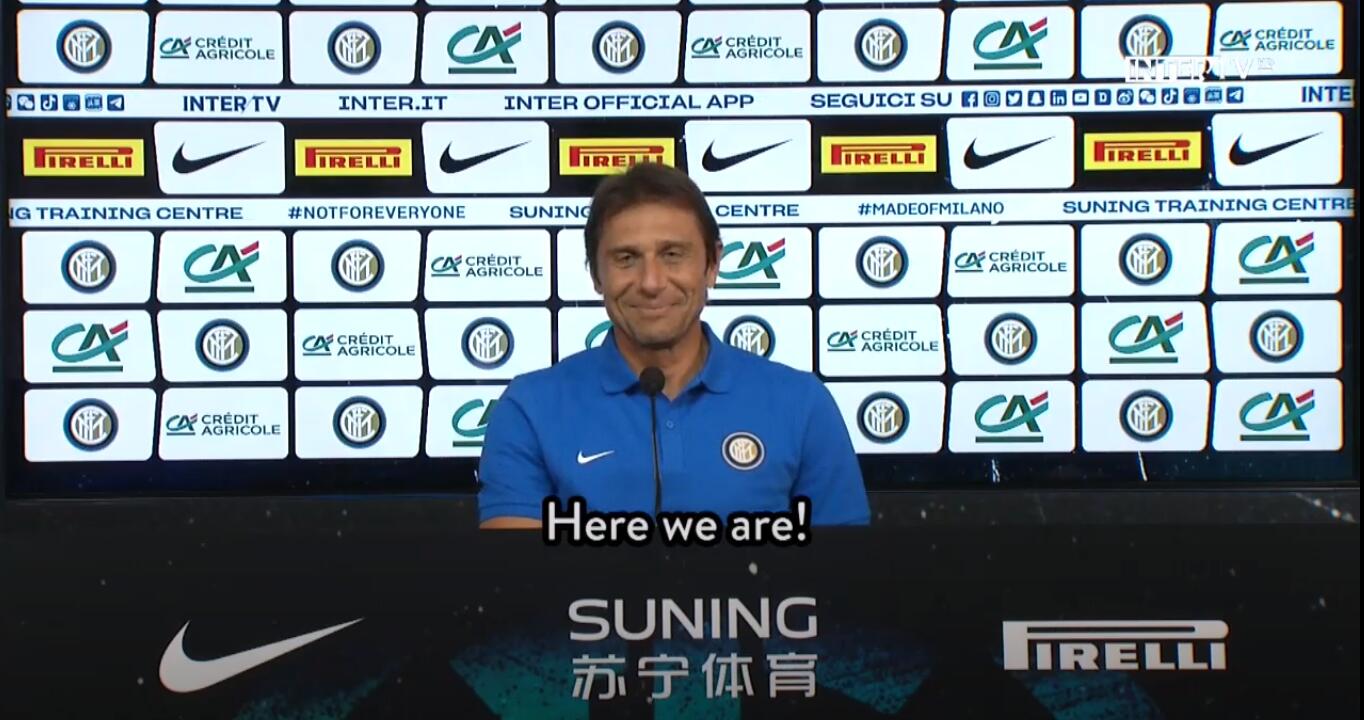 Tiger Fighting October 16th Beijing time on Sunday at 0:00 Serie A will usher in the Milan Derby in the fourth round. Inter Milan coach Conte held a press conference before the game. He confirmed that Sanchez’s current injury still needs Evaluation, and declared that Inter Milan will maintain the previous offensive football play in the derby. When talking about Eriksson, Conte said that the Danes will get more opportunities in the next intensive schedule.

The answer is not complicated. We want to show good performance in every game and we all want to win, because every game is critical and worth three points. We know the difficulty of the derby, Milan is a good opponent, they are in good shape. Milan ended last season with a strong performance, and the start of the season was equally good. Milan are as strong as their last-round opponent Lazio. We understand that this game will not be easy, but we will still strive to show good performance.

If I had a choice, I would hope at least one more day to prepare, but we can only accept it. Everyone should respect the schedule, and we have no choice but to find ways to adapt and be prepared. We will use video analysis and tactical board demonstrations to complete preparations in as short a time as possible. We can't let the training be too intensive, because many players only returned to the team yesterday. They just played the game and need time to adjust.

We have only played four rounds. There will be more and more tests waiting for the team. My expectation for the team is to keep improving, especially hope that they can have a stronger sense of responsibility. This is also my main point. Where to train them, I think this will be the key point for the team to go further.

Sanchez suffered a muscle strain in the national team. He only came back last night and will only be evaluated in detail today. But we will carefully consider that there will be many matches behind us, not just this one, so we will carefully evaluate the possibility of Sanchez’s appearance, and will not blindly take risks. We will play 7 games in the short term, if Sanchez is selected. List, that means his body is fine. At the same time, I also want him to make a judgment and tell us whether he is better or not, and he can make his own decision.

I feel that under the current situation, everyone should be more responsible and should do their job well. We should also face unexpected situations calmly. Whether it is sports or social, we should unite as one. You also need to be more patient. We have experienced a very difficult time before. Unfortunately, I think some people seem to have forgotten. Now it seems that the epidemic has ushered in an outbreak again. I think everyone in the sports circle and everyone should unite and move forward together. We cannot stand still. Now it is a difficult time for everyone. There is no need. Always complaining or entangled in some meaningless things, such as who should be punished more, who can benefit from it, etc. I think everyone should unite a little to survive the sadness together.

Last season we scored 113 goals in all competitions, which is quite a lot, and I hope we can also score so many this year. The style of football has been evolving and evolving all the time. I think offensive football is the current trend, with more compact rhythm and stronger pressure. I think this is also the current trend of European football. Italy is also following the general direction. All teams should find their own position in this trend. However, each team should have its own way of adapting. If you can’t play, try other styles and choose different strategies according to your team’s situation. But I think in general, the standard of Italian football is rising. Also pursue an open football style. Anyway, we will implement the idea of ​​offensive football and strive to create more offensive opportunities, which is very important to us.

I don’t think the difficulty of the game will change our way of playing. The basic tactical thinking and desire for the game should always be there. As I said before, we will treat the derby as before. I treat the players. I’m very satisfied with his performance, nothing can be changed. Since I joined the team, the attitude of the players has never been said. Maybe the result is not satisfied every time, but I can see the hard work of the players, whether it is training. Still the game, I am very satisfied with them.

What I am looking forward to is a wonderful match between two excellent teams. Of course, it also includes things like Ashraf. He and Special Olympics are the kind of players who can change the game. The two of them are fast and technical. It's also outstanding.

I think I have answered this question. He just returned to the team yesterday and has already been checked by the team’s medical department. We will evaluate his condition in detail today to see how he feels in training, and then make the final decision. I Any possibility cannot be ruled out now.

I don’t think much has changed. No matter who plays this position, I ask the central defenders to be good at handling the ball. I hope to start offense from the backcourt. I will also ask the full-backs to insert assists, one person goes up, and the other Keep one side behind to protect the line of defense. I have also coached such players at Chelsea. They have been playing full-backs, but later they have transformed into full-backs, such as Azpilicueta. Now Dan Brosio and Kolarov are also such players.

Many people think that the three-back formation will be more defensive. In fact, the current three-backs are offensive. More and more teams are using this system. I think this is an improvement. The game mentality and tactical thinking determine whether your play is inclined to attack, rather than formation.

I think it’s easier to make a decision now than usual. We have many midfielders absent. In fact, only four can play. The schedule behind us is very dense. The league and the Champions League are interspersed with each other. There is a game every three days. . I repeat. At that time there will be a lot of rotation, everyone can get their own opportunities, I am very confident in this, I will let every player understand their role, I hope they can fully participate, this is also our season Theme, I hope the players can leave their own footprints and play their role.

I don't know if he played enough time in Inter Milan. I have to consider the interests of Inter Milan in my decision. I am happy about his role in Inter Milan. I think he will also be happy for himself playing for Inter Milan. Eriksson will get his chance. This is a long and tight season. Everyone will get a chance. Tomorrow we will only have four midfielders available, and we will play in the Champions League again on Wednesday. I have to consider the overall situation in my decision. Rickson’s opportunities are equal to everyone else. He has his own place in the team, and he has proven it.

We are assessing their condition every day. All the medical staff are working hard. These players are currently isolated at home and will certainly not be able to participate in training, but they are also maintaining their physical condition. The question is not whether they have the virus, but As a result, they are restricted in their movements and can only stay at home and cannot train. This means that compared with other players, their physical condition will suffer some decline. I hope they can recover as soon as possible and reduce their losses. We will also try some video training content. .

The answer is obvious, and I regret that the fans could not be there. Our hard work is to make the fans happy. They are unable to enter the stadium and sacrificed their own leisure and entertainment activities. The support of the fans is our great motivation. The last time Derby was inspired by them we were able to reverse 4-2. To succeed, I still hope that everyone can make their best efforts to improve the current situation, and we will also show the best performance on the court.