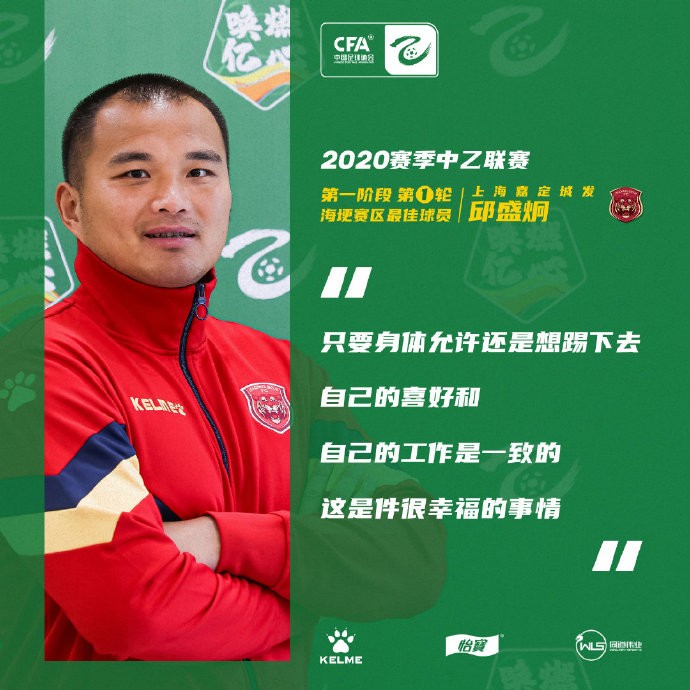 The 35-year-old goalkeeper Qiu Shengjiong joined Shanghai in June this year. He has previously played for Shanghai Shenhua and Guangdong South China Tigers. In the first stage of the second round of this season, Shanghai Boss the sky to face Zhejiang Yiteng Textile City in the first round. Qiu Shengjiong made the first battle and kept the goal high in the game. The team finally won the team history 2-0. China B won the first time and is currently ranked first in the Haigeng division standings.