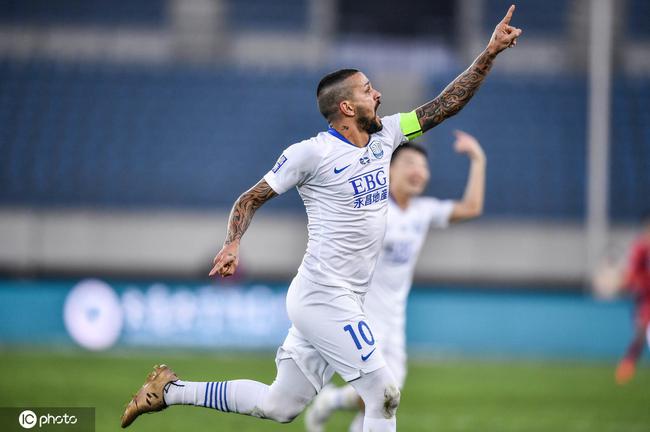 Beijing time on October 17, Yongchang 2-1 reversal of Dalian, Matthews kicked the sky to help the team complete the lore! After the veteran scored, the morale of the team was raised!

In the second half of the game, it was not until the 82nd minute that Yongchang had one of the few counterattacks. The forward teammate took away the defensive player, Matthews made it in one go, and Yongchang reversed the score!

Matthews had staged the moment of savior in previous games, today he stepped forward again and played the role of city hero! After scoring Matthews' eyes flushed, this moment is really moving.

Matthews, trying his best, collapsed to the ground due to leg cramps a few minutes later. You should know that 37 years old was considered "old age" in the younger Super League, and eventually, was replaced.

There is another detail in the game. After Matthews was carried out of the field on a stretcher, he circled the field for half a circle, waited for the dead ball, and passed the captain's armband to the field. This scene fully embodies the spirit of the Matthews team. In the white-hot stage of the game, I did not forget to pass on the armband of the whole team. This is not only a pass, but also an inheritance...