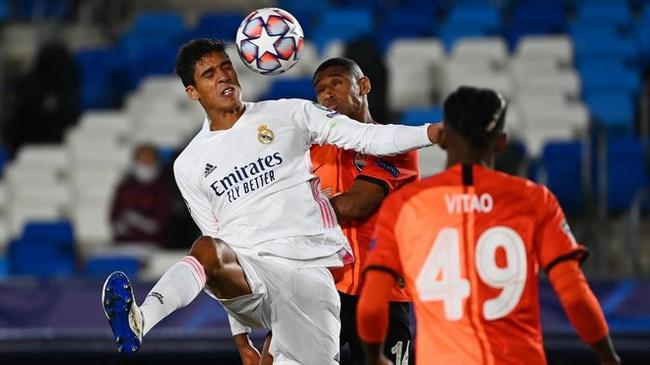 Without Ramos, Varane doesn't seem to be able to play. In the absence of the Real Madrid captain, Varane and Militan’s defenses were full of loopholes, allowing Shakhtar Donetsk to score three goals in the first half!

Ramos is absent, Varane should become the leader of Real Madrid's backcourt, but he failed to stand up again. Not only did he score an own goal in the game, he didn't cooperate with Militang, the two made various mistakes in their defense and were beaten through by their opponents time and time again.

In the Champions League knockout match last season, Real Madrid and Manchester City faced off in the second leg. Ramos was absent due to suspension. Varane and Militan’s defense was disappointing. Among them, Varane made two mistakes in the backcourt, ruining Real Madrid’s hope of promotion. This time, Varane extended the Champions League nightmare into this season.

Militang’s performance was also terrible. He was responsible for at least two goals lost by Real Madrid, especially the third goal. He did not pay much attention to his attitude and was still jogging slowly. He didn't call Varane at all, and buries Real Madrid again and again. You know, Real Madrid spent 50 million euros in order to introduce him last summer, but Militan has not been able to match his worth.

Marcelo is still disappointing. In fact, whenever he starts, the probability of Real Madrid losing will increase. "Marca" pointed out that on the defensive end Marcelo is totally unreliable, totally impossible. On the offensive end, he tried to help the team score goals, but it was obvious that his role was getting smaller and smaller. In the "Marca" poll, Marcelo ranked first from the bottom.