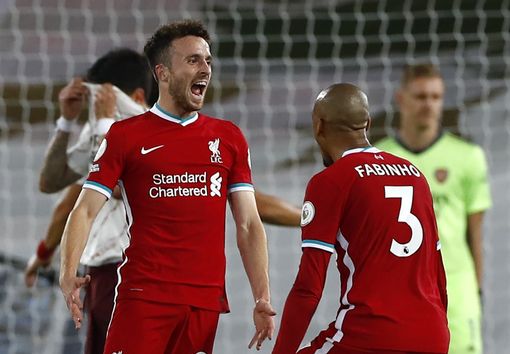 Tiger Fighting, October 9 News In September this year, Liverpool officially announced that Portuguese winger Diogo Jota had joined Liverpool and the two sides signed a five-year contract. A few days ago, Jota also talked about his decision to join Liverpool in an interview.

Jota said: "When you see the Premier League, you always think of Liverpool as one of the biggest teams in this league. You can't say no to such a team."

"We are talking about world-class players. These players are the best in their positions. Now that I am a member of the team, it feels really good."

"I think Klopp is an amazing coach. When I was a kid, I was already paying attention to him and he was already leading the team to play in the Champions League. So I have known him for a long time. Time is up, of course, this is not the kind of personal acquaintance in private, but now I want to work with him. I think Klopp is a good coach for me at this stage of my career."

"Joining Liverpool is the right step for me. As players, we always want to develop and grow into a better state. This is what I want. I want to grow here. I think Liverpool is a suitable company for me. club."